MLB Hall of Famer Wade Boggs crushed 60+ beers on the regular when traveling across country for East to West Coast Roadtrips. Top that!

We first caught wind of Wade's heroics back in the Fall of 2007 while sitting at a pub in Somerville, Mass with a Boston sports junkie who so happened to be a good friend. For your knowledge, Boston is one of the 13 cities with four major sports teams.

You know the kind though, has money on every game of the week and possesses encyclopedic knowledge of esoteric Celtics facts. So, we're sitting at the bar, or maybe we were at his duplex apartment down the street watching his prized Larry Legend DVD and playing drinking games.

Either way, we're sitting there, enjoying a few Boggs's when (yes, from thenceforth we started referring to beers as Boggs's to honor both Boggs the player, and Hank Yerzimbeck, the quoteable fella who brought this story to life on ESPN) he regales us the urban legend of urban legends, that former MLB Third Baseman Wade Boggs, of Boston Red Sox, New York Yankees, Tampa Bay Devil Rays, and Major League Baseball Hall of Fame fame, drank 60 beers on a cross country flight. 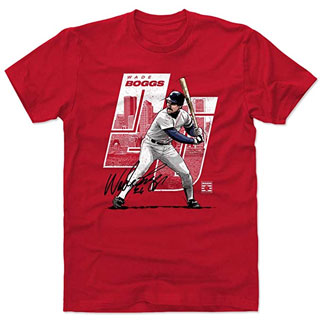 Another .300 season for the Hot Corner Hero. Guy crushed curve balls like he crushed Miller Lites.

Anyway, the story ... jaws dropped at the beginning of the story and remained in position throughout. Not only is Wade Boggs one of MLB's best hitters of all-time, and, a World Series winner as well, but, he's apparently one of the game's best drinkers too.

Maybe even the world. Who knows. It's hard to keep up that mystique while playing one of the world's hardest sports. Here's his retelling of the tale, nearly word for word, all these years later.

"Hey, you fellas ever hear the time Wade Boggs drank 60 beers on a cross country flight?

Nah, I'm not kidding' you. It's just incredible. Get this, Ol' Wade finishes up a ballgame and starts drinkin' right there at his locker in the club house. Game's hardly over and Boggs just drowned a sixer and is picking up steam. I mean, this story is incredible. INCREDIBLE.

So, the Sox are on their way out West, Seattle, Los Angeles, Anahem, one of those cities and Boggs keeps rippin' beer after beer after beer. Apparently, 60 of them on the flight. Yeah kid, 60!

Note: Here is a video breaking down whether or not the Boggs Challenge is feasible. (it's not, and don't try it)

Anyway, the story was on some show. They even got some old teammates to come out and corroborate the story. So get this, they have Jeff Nelson on, you remember him, right? So they have Nelson on and they're like, "Hey, Nelly ... we hear that Boggs puts Miller Lites to sleep on cross country flights. Is that true?" and Jeff Nelson is like, "Oh yeah. Easy. On a West Coast trip, I'd say Boggs puts down like 50-60 beers."

And the hosts just can't believe it. Like, how the hell can someone drink 50 beers?

So back to Nelson, he's like, "Yeah guys, Boggs always had a beer with, Boggs was always drinking. Game over? Boggs had a beer. Back at the locker. More beer. Packing up. Beer. On the way to the bus. More beer. We'd have to stop halfway in-between coasts in somewhere like North Dakota to refuel and what not. And there Boggs is, drinking more beer. We'd finally touch down in Seattle and head off to the stadium and Boggs is still going strong. He'd have like 50 beers on the trip. And this happened often."

Alright, so this where it gets crazy. The hosts are like, "Nelly, can anyone corroborate this story?"

So Nelson calls up old teammate Paul Sorrento and asks him, "Paul, seriously, I need to know how many beers Wade used to drink on road trips ..."

And without skipping a beat, Sorrento's like, "Aww, gotta be 70."

“I was sitting next to him on a plane and a flight attendant came by and gave him a case of beer,” said Rose. “He slid it under the seat and I was like, ‘What’s up with that? We only have an hour flight.’ He said, ‘That’s mine.’

“The whole flight, we were just shooting the shit, and he went one beer after the other. I said to him, ‘I’m impressed with the way you hit, but I’m more impressed right now.’ He goes, ‘Yeah, beer doesn’t affect me. I don’t get drunk unless I’ve had at least a case and a half.’ I don’t think he even went to the bathroom.”

Outstanding! A case and a half!

Some reporter from TMZ catches Boggs in what looks to be NYC and gets him to openly admit he's powered through 100+ ice cold cruisers in a calendar day. Magnificent.

The Gang Beats Boggs | It's Always Sunny in Philadelphia

Turns out, Charlie Day, Glenn Howerton and the cast of It's Always Sunny in Philadelphia wrote an entire script around the gang trying to out gun Boggs' beer drinking prowess, on a flight no less. Over a decade after the Nelson and Sorrento call, the first episode of It's Always Sunny's tenth season features a cameo by none less than Wade Boggs himself. To quote Dennis & Frank, "No one can drink that much." / "Not with an attitude like that."

A (Boston) challenger to the Boggs' throne?

Setting aside our Andre the Giant comment prior, apparently NFL Defensive End, former of the New England Patriots, now of the Chicago Bears, could also store cold beers in a hollow leg. He's rumored to have put down 40 beers during a viewing of Monday Night Football. It's heroic, but Boggs-ian it is not.

Here's Hicks's quote from his time at the University of Regina:

“Fifty cent wing night with the boys. We had an all day Owl. The Owl was the campus bar. We would go there at noon. And we would drink until there was one guy left. The guy who lasted the longest won ... One day I drank 40 beers ... I’ve never drank that many beers in my life."

It's an awesome story, one we'll never forget. Perhaps if you stroll into the same pub in Somerville, you'll hear the echoes of 14 year old laugther from the first time we heard that story. We'd say glorious was the laughter, but the glory belongs entirely to Wade Boggs. He even got himself on the Boston show about drinking, Cheers.

Who is Wade Boggs?

Complementing his playing stats were Hall of Fame level superstitions including not having his number announced eating chicken before every game, and, a first rate mustache.

Candied Bacon would have been a lot cooler than chicken, that's for sure.

Interestingly enough, Boggs managed to snag two Gold Glove awards in his career manning the hot corner. Further, he's one of the rare players to keep his position into his late 30s/early 40s, appearing 74 times at third base at the age of 41 for the Devil Rays in 1999. His career numbers would look pedestrian now, though they shouldn't, due to a shift in the prioritization of the three true outcomes over batting average and on-base %. Finishing a career of 2400+ games played with a OBP of .415 would be unheard of in today's game. For instance, J.D. Martinez of the Red Sox, generally considered one of the better hitters in the game, has a career .355 OBP.

The legend could probably hit flies with a fungo. Not pop flies, actual flies. Had he entered the Home Run Derby, he probably would have won the whole thing.

What teams did Wade Boggs play for?

The New York Yankees, from 1993-1997, as the team Wade won his only World Series with, before proceeding to ride around Yankee Stadium on a horse to celebrate.

What kind of beer did Wade Boggs drink?

Miller Lite was the brand of beer that Wade Boggs drank. Coincidentally, Miller Lites are now referred to as Boggs's around Bacon Sports Beer.

That's probably because Puppers Beer wasn't available at the time. And, PBR's Twitter is a bit prohibitive.

What is the Wade Boggs Challenge/beer record?

The Wade Boggs beer record is the amount of beers Wade was rumored to have consumed on a cross-country flight while playing in Major League Baseball. Ex-teammate Jeff Nelson said 50-60 beers. Paul Sorrento said 70. Wade Boggs himself claims 107 beers is the record.

So there's your challenge. To beat Wade, you must drink more than 107 beers. We don't condone you trying.

Besides Third Base, Did Boggs Play Other Positions?

Silly as a it seems, especially considering that Wade played 2215 games at 3B, yes, he did play other positions. Yes, Wade Boggs did pitch. Twice in fact. Better still, he gave up no runs when pitching.

Speaking of pitching, it would have been truly difficult to throw an immaculate inning with Wade batting in the inning, as his rate of contact was outstanding.