The City of Tampa, Florida has Three Professional Sports Teams.

There are 3 major professional sports teams in Tampa Bay. They have collectively won 5 championships between them, making Tampa an interesting sports city.

Give a team The G.O.A.T. and they win the Super Bowl. Such was the case for the 2020 Tampa Bay Buccaneers with Brady under center behind Jensen. Tom Brady left Boston and took his winning and his command of the snap count with him to the Sunshine State.

Prior to that, Tampa Bay had seen success at the highest level of the NFL only once prior, winning the Super Bowl under Coach John Gruden during the 2002 season. 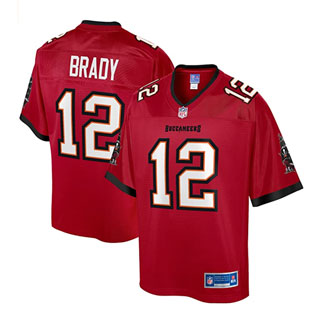 The colors just don't match with the name, but that's the reality these days ... he's on the Bucs

The Bucs Creamsicle jerseys were among the best pro sports jerseys of all-time. For 20 years they rocked a visage most majestic. Word at Raymond James Stadium is that the NFL has lifted its one helmet policy, paving the way for the return of the creamsicle. We'd like to imagine that Gronk had a hand in this.

Play "Tom Brady Mode" during the SBLVI Super Bowl drinking game to unlock the secrets of Earth. Ok, don't, it might kill you. No joke. Drink responsibly.

Captain Fear is the mascot of the Bucs. Does he instill fear? Maybe?

The arena can found be in the Channelside neighborhood of Tampa, a place that goes 0 to 60 during any major sporting event. In short, one of the hardest sports has one of the hardest places to pre-game. Not hard as in difficult to find a place, hard as in hard to survive the flowing rum floaters.

We've always been astonished by how many hockey teams exist below the Mason-Dixon line. You'd think that Canada's National Sport wouldn't be given the time of day in the Sunshine State (Not Denver, Old School), but it is. What's more, the Lightning have been quite successful of late.

As of June 25th, 2022, the Lightning are in the midst of chasing a championship three-peat. They're miraculously still alive, having defeated the Colorado Avalanche 3-2 in Game of the 2022 Stanley Cup Playoffs.

And, don't think cup-winning play isn't without it's challenges. Over the past half decade, many players on the Lightning have been slew footed by the opposing club, including Brayden Point, Ross Colton and Anton Stralman.

Formerly the Devil Rays, the Rays came into existence in the mid 90s, playing their first season in Major League Baseball in 1998 under Manager Larry Rothschild. They were known for sitting at the bottom of the AL East for years until Coach Joe Maddon took them to the World Series in 2008, before eventually losing to the Philadelphia Phillies. They have yet to win the championship. 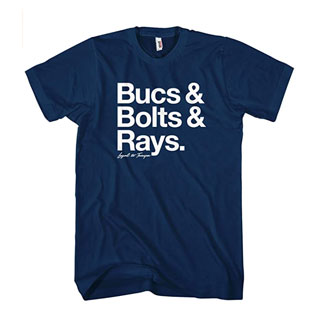 Good to wear around, whether that's brunch in Ybor City, walking on the beach past the Don CeSar, or at Wet Willie's in Channelside!

The Rays play their home games at Tropicana Field ... for now. There is discussion about the Rays splitting time in Montreal moving forward (2022 and beyond). The Rays have only had one former player make it to the Hall of Fame, the legendary and incomparable, Wade Boggs. Ol' Wade is known for three things: hitting, eating chicken, and drinking beer.

That Punch and Judy Hitter was All-Pro at all three. To be fair, Tony Gwynn, a Hall of Famer, refers to Wade as one.

Has Tampa ever had a NBA team?

No, Tampa doesn't have a NBA team. The Tampa Bay Titans are a professional basketball team, but they aren't in the National Basketball Association. Interestingly enough, Team Owner, Bassel Harfouch, is the only player-owner in the history of American Professional Sports.

Could the Lightning get their fourth hoisting of the Stanley Cup? Only time will tell.